An investment management company assembled an ‘Africa Team’ to perform the analysis component for an Africa fund.

The team had a well-defined investment research process that screened companies across various African exchanges. The business chose a specific data provider to obtain the financial line items and market data for these companies.

The initial universe comprised 1000 or so companies across 24 African countries. The team calculated custom factors using the data, which were aggregated to provide a company ranking score. These factors allowed the team to compare companies across industries. The score indicated which top 80 companies to focus on.

A dashboard was created for each of the filtered 80 companies. These dashboards presented the pertinent financial line items (actuals and estimates) together with specific time series charts. The goal was to provide the investment process with a current snapshot of the company. Further in-depth fundamental analysis was performed on these filtered companies resulting in a house-view.

The process worked well for the team and the Africa fund was launched. However, soon problems arose and frustrations grew. The raw data from the chosen data provider was questionable for certain companies on some exchanges. In some cases the company financial year end was incorrectly reported and basic line items such as HEPS and DPS were incorrect.

Initially one data provider was used:

When discrepancies and errors were noticed, a decision was made to rather use another data provider: 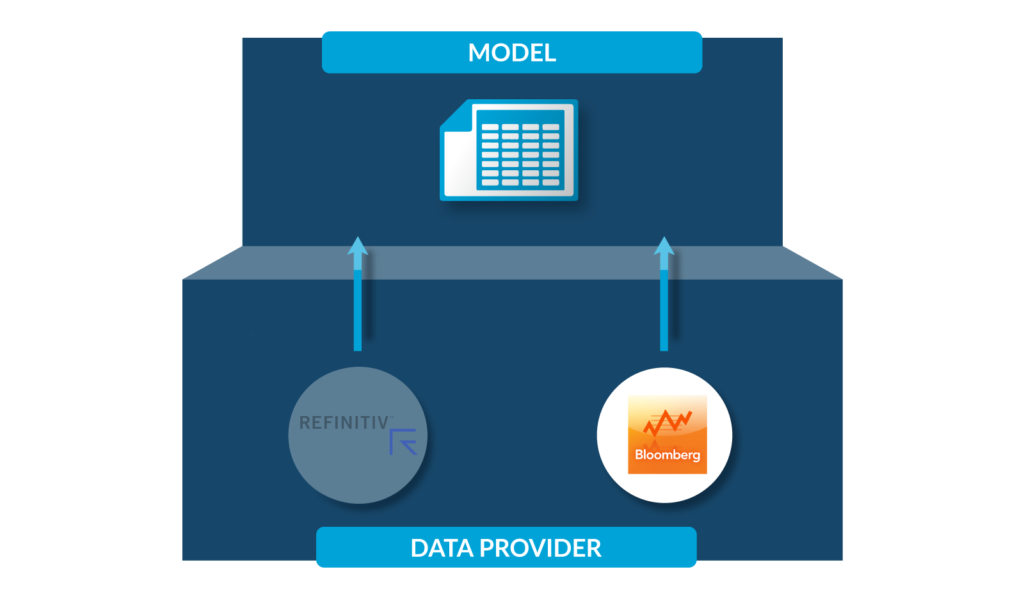 However, the developers had used Microsoft Excel® functions (provided by the initial data provider) within the spreadsheets that calculated the factors and displayed the dashboards. The new provider did not have exactly the same functions, so changing over was a major project. The primary problem was that the team had not decoupled their research and spreadsheets from the data provider.

‘Data-source agnostic’ describes the capacity of software to draw data from many sources through one consolidated integration layer: 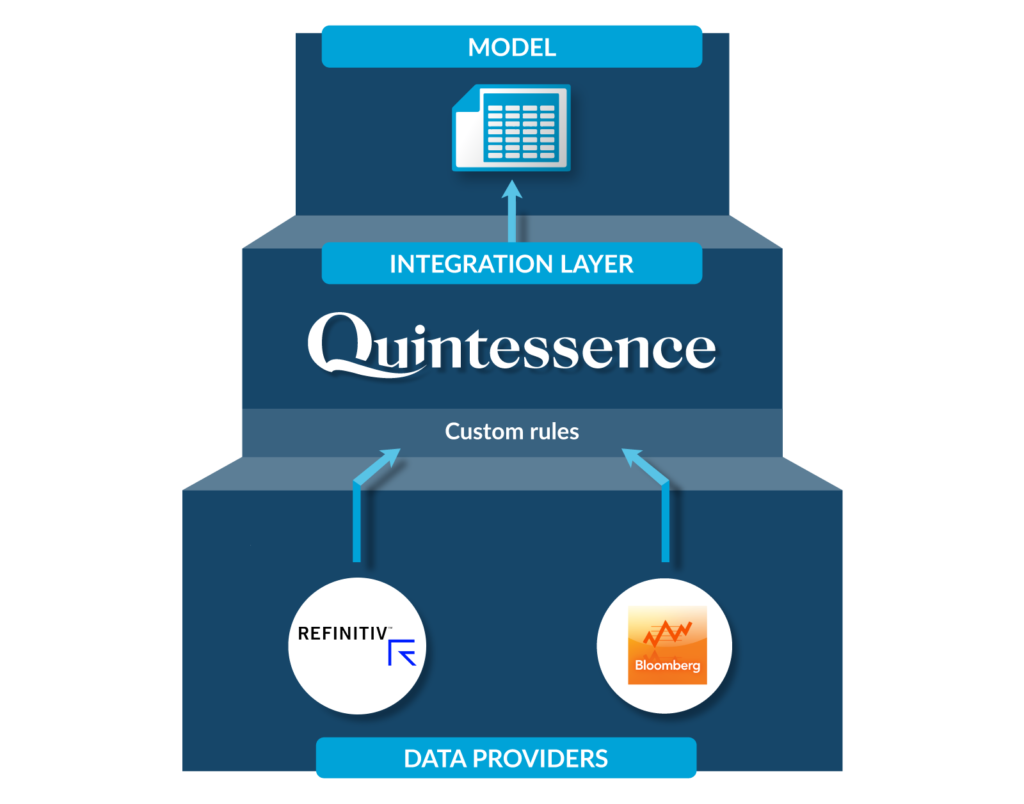 Quintessence as the solution

A decoupled solution was implemented using Quintessence. The company dashboard and factor calculators in Excel® now retrieved their data from a middle layer. Quintessence forms an integration layer that consolidates data from a variety of sources. If an analyst wishes to change certain fields in a spreadsheet to retrieve data from, for example, Bloomberg instead of Reuters, or from a combination of data providers, the relevant rule is implemented in the Quintessence middle layer, independently of the spreadsheet.

This process is ‘data-source agnostic’. The model requests financial line items – these items are retrieved according to the rules implemented in the middle layer. The spreadsheet model is ‘decoupled’ from the data provider(s), leading to ease of maintenance and the freedom to pick and choose from different sources without the spreadsheet being affected.

Contact us for more information or read about Quintessence features. 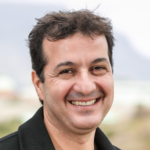 Other articles from this author
Previous article
Next article
All articles

On 30th April 2019 Hewlett Packard Enterprise announced that they would offer new parents six months of paid leave following the birth or adoption of a child, in addition to other benefits ...

In a previous article, I sang the praises of the Quintessence Implementation Team. I would now like to take some time to focus on one key capability within this team - the business ...

In a previous article, I sang the praises of the Quintessence Implementation Team. I would now like to take some time to ...

Over the last decade, ESG (Environment, Social and Corporate Governance) traits and their associated constraints have become an important feature in the investment management industry. ...

Over the last decade, ESG (Environment, Social and Corporate Governance) traits and their associated constraints have become ...

Contact us to find out how we can assist you or book a demo to experience Quintessence first-hand.

CONTACT US BOOK A DEMO
Disclaimer
Copyright © 2023 Quintessence
All trademarks are the property of their respective owners. All rights reserved.
Website developed by: